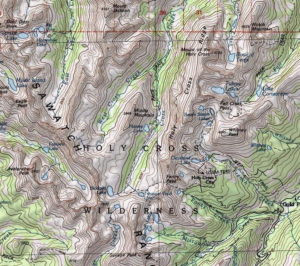 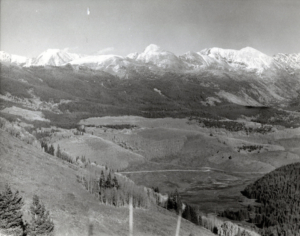 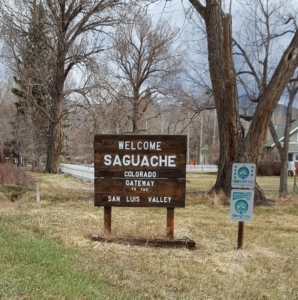 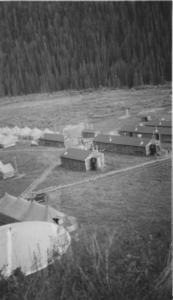 This hike will be a moderate 2.5 mile snowshoe. Snowshoes & poles are provided. Bring a lunch for a post tour picnic at Yeoman Park Campground. The program meets at Walking Mountains Science Center in Avon at 9am. If you would like to be picked up in Eagle, please reach out to nathanbr@walkingmountains.org.

Historical Society members are offered a 30 percent discount. Please contact us at ECHS@eaglecountyhistoricalsociety.com for the discount code.

We covered about 80 years of Eagle County history in our recent Camp Hale history hike with Walking Mountain Science Center. 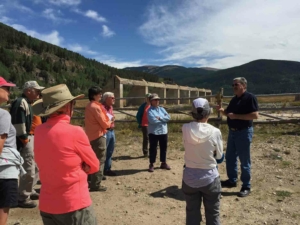 Hikers spent the morning up on Tennessee Pass, checking out the 1880s charcoal kilns used to create fuel for mine smelters. 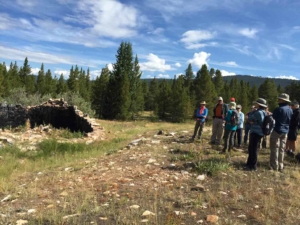 Camp Hale historians Flint Whitlock and David Little shared stories of the 10th Mountain Division and their training site in Eagle County. They even regaled the group by singing a few bars of some World War II soldier songs. History is fun in Eagle County! 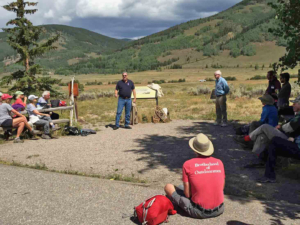 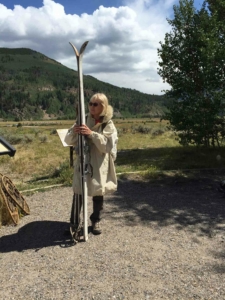 Join the Eagle County Historical Society and Walking Mountains Science Center for a Hike through History on Sunday, Sept. 8. The 3.5 mile hike will take us up on Tennessee Pass where Eagle County’s silver mining history is present in the remains of the charcoal kilns at Mitchell Creek, and to Pando (Camp Hale) where ice harvesting was a major factor in the county’s agricultural industry. 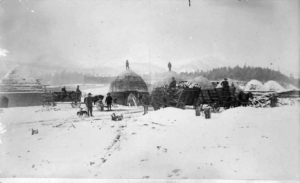 At Camp Hale, historian David Little from the 10th mountain Division Foundation will share the history of the U.S. Army’s mountain warfare training site where the skiing soldiers of the 10th Mountain Division were trained.

A 50% discount is offered for ECHS members!

with the Eagle County Historical Society and the Walking Mountains Science Center.

Over the past couple of centuries, a lot of people have been drawn to Sweetwater Lake … the Utes, mountain men and even a Chicago gangster. Archaeologist Melissa Elkins and members of the Historical Society will share some fascinating stories on this daylong adventure.

To register, go to:

Please contact Peter Suneson, Community Programs Manager, at  peters@walkingmountains.org or 970.827.9725 x128 for additional information or with any questions.